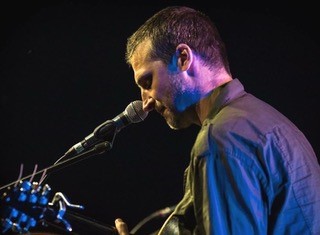 Anthony Davey is an experienced musician, composer and sound artist. He has written multiple scores for TV, film, DVD and games, including the theme and soundtrack for the Johnny Vegas comedy series ‘Home From Home’, on BBC1 in 2018, and ‘Married At First Sight’, on Channel 4 in 2020.

He also written music and soundscapes for events and art installations, including NVA and Phoenix Dance’s ‘Ghost Peloton’; a large scale piece of choreographed public art in Leeds city centre, performed as part of the Tour De France ‘Grand Depart’ celebrations in Yorkshire, 2014.

Anthony writes and produces from his studio in Hebden Bridge, as well as his commercial studio, Airtight Productions, in Manchester, UK.